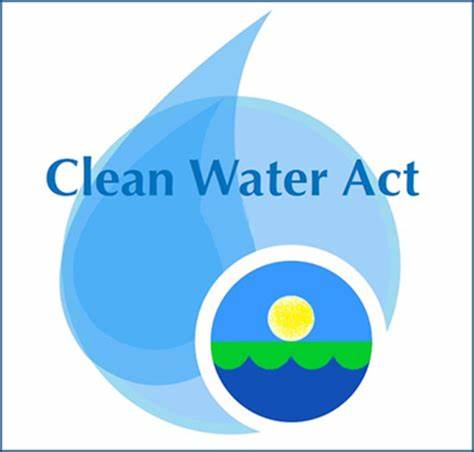 As we work together each day here in the Ossipee Watershed to protect our lakes and streams and guard our aquifer, it is worth pausing to celebrate this day and to recognize the extraordinary impact of this legislation. It is worth keeping in mind that some things – such as protecting the water quality of a nation – are too important to leave solely to the States.

There is a rich history of the bill’s passage and all of the social and economic forces that combined to bring it about. One of the more interesting details to keep in mind in today’s political climate is that it took a Congressional veto for it to become law. Richard Nixon is often remembered as a pro-environment President, but not on October 17, 1972 when he vetoed the Clean Water Act citing its “staggering, budget wrecking $24 billion” cost, adding his hopes “that at least one third plus one of the members in one House will be responsible enough to vote for the public interest and sustain this veto.” Yet the next day Republicans and Democrats in the House and Senate voted overwhelmingly to override his veto.

So let’s be thankful for that day fifty years ago when leaders of both major parties had the vision to see beyond partisan divides and recognize that the “Waters of the United States” were in peril and therefore so were the health of its people and their natural resources.

In sum, the Clean Water Act made it illegal to dump pollutants from a “point source,” such as factories or city sewers, into our nation’s waters without a permit (which in turn led to standards ranging from prohibition to specified treatments). It forbids wetlands from being filled in or paved over without a federal permit. It requires States to develop clean-up plans for water bodies that don’t meet water quality standards, and it has directed billions of dollars in federal funds to programs that help states restore damaged wetlands, and helps communities build and upgrade wastewater infrastructure.

Needless to say, water protection at the federal, state and local levels must continue into the future. While the Clean Water Act has in large part conquered the egregious practices of “point source” pollution, it does not have the tools to fully contend with what is now our nation’s – and our watershed’s – greatest challenge: nonpoint source pollution. This is why GMCG continues to work diligently at the grassroots to defend local groundwater protection ordinances and advocate best management practices. The next great wave of environmental protection will be town by town, property owner by property owner, business by business – everyone taking the steps required of them (and hopefully even more) to mitigate the effects of stormwater runoff that washes the myriad contaminants of human activity into our surface and groundwaters. Motor oil, fertilizers, pet waste, sediments, septic overflow, and road salts are all continuing to contaminate our waters.

Yet as we engage the work ahead, it helps to celebrate progress and pay our respects to all those who blazed the trail we follow. Happy Birthday Clean Water Act!