In 2000 and 2001, GMCG worked with University of New Hampshire Cooperative Extension and the Society for the Protection of NH Forests, through a grant from the US Forest Service, to produce a series of Natural Resource Inventory maps for each town in the Ossipee Watershed. The maps were produced based on half a year of public meetings. Based on these public meetings, it was determined that the community wanted maps that included information on hydrology, soils of statewide importance, town conservation land, unfragmented land, public water supplies, known and potential contamination sites as well as co-occurrences of important resources. In addition to the natural resource inventory maps, a tax map overlay was created for each town. Presenters from UNH, SPNHF and GMCG introduced the maps to each town and explained ways that planning boards could incorporate these maps into town master plans. Conservation Commissions were also shown examples of how the maps and tax map overlay could be used to plan for development based on natural resource protection. Certain areas are not appropriate for certain types of development. 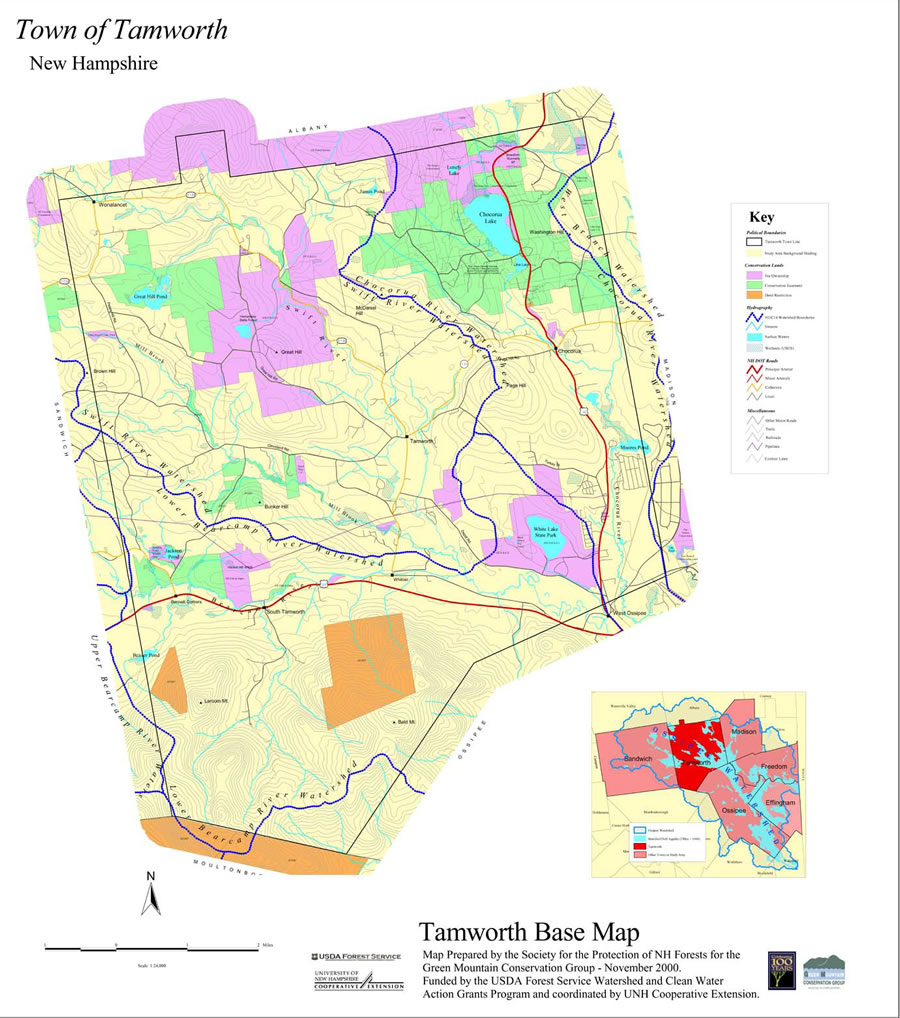 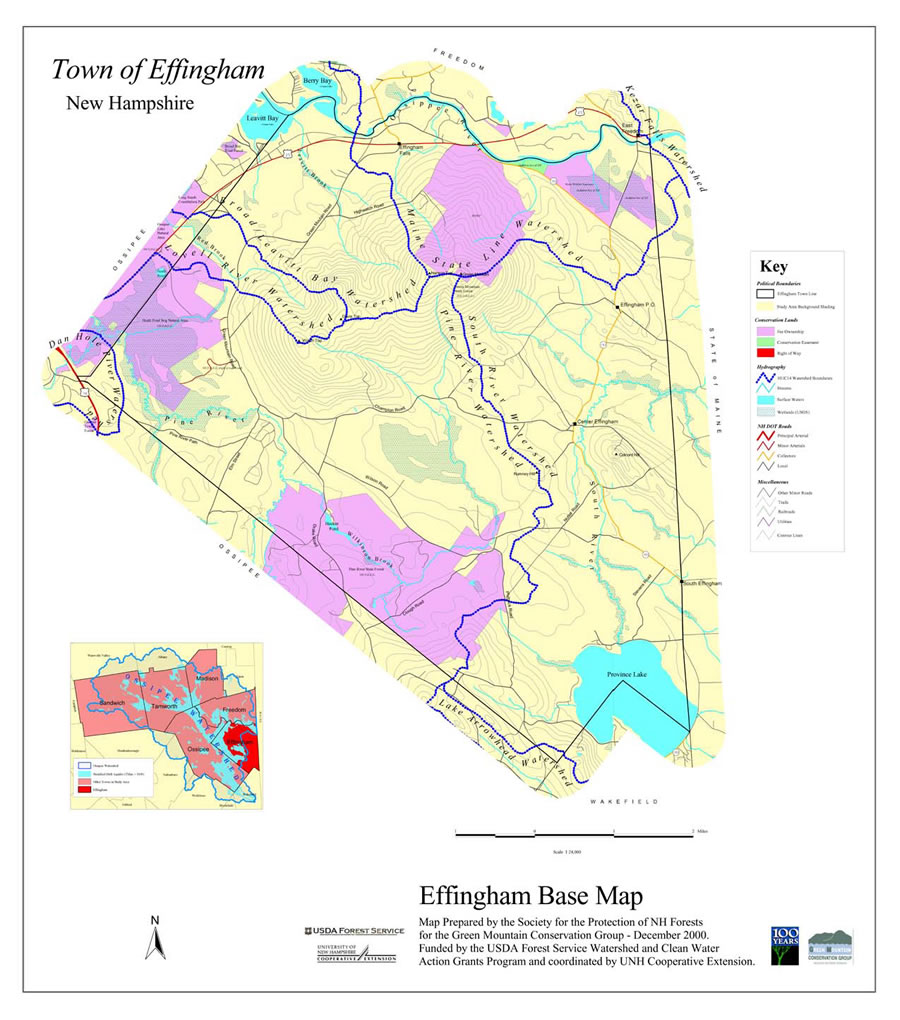 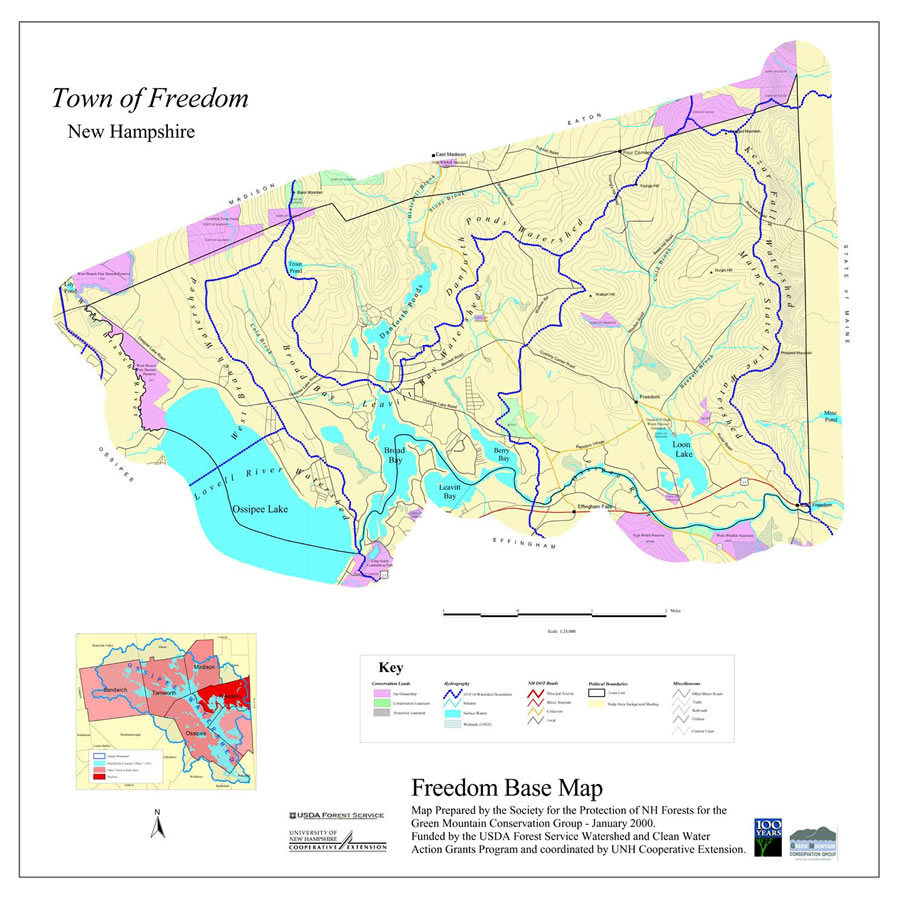 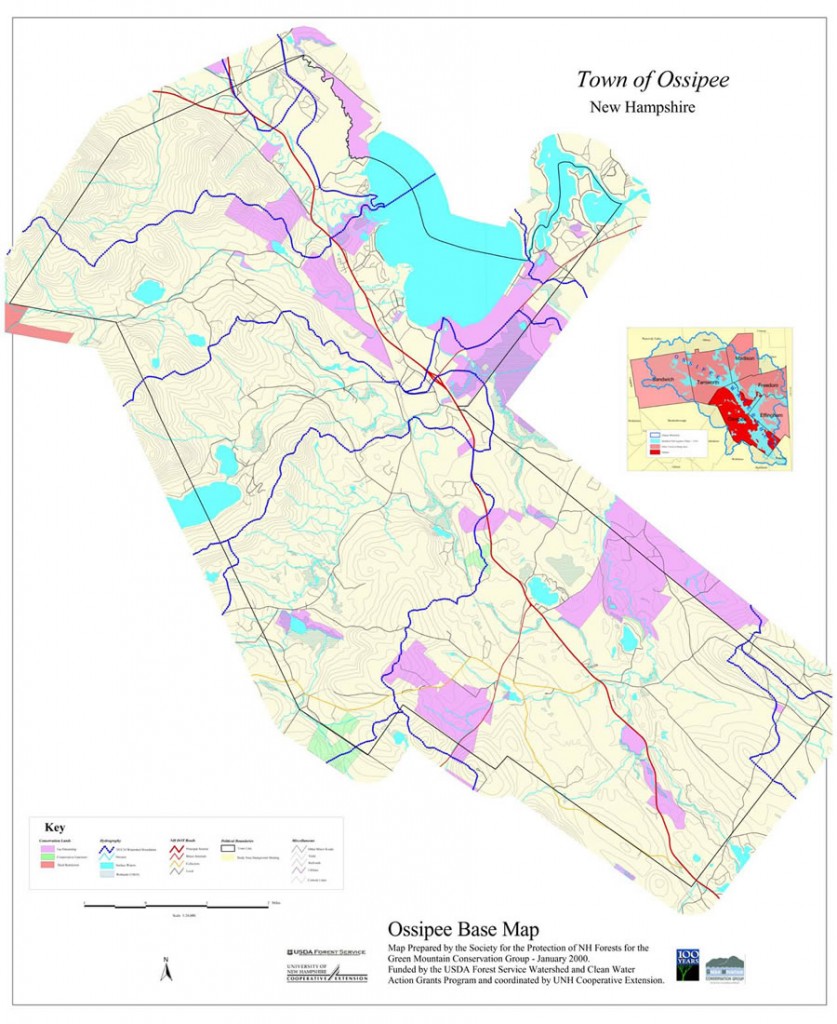 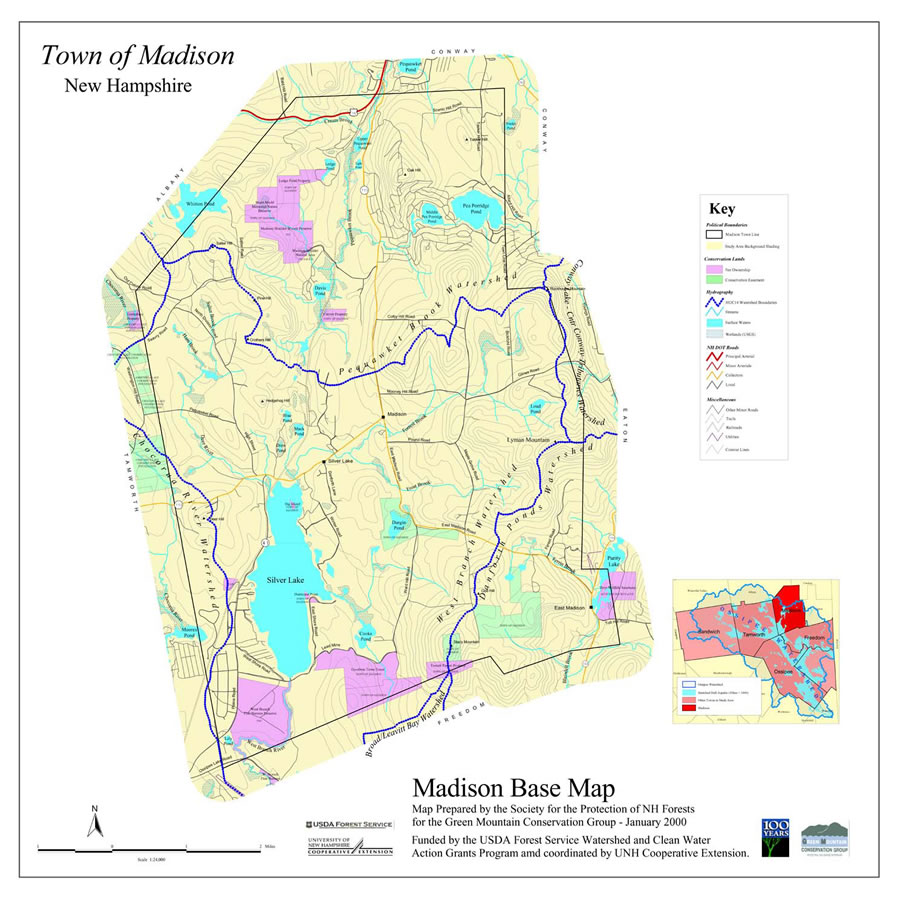 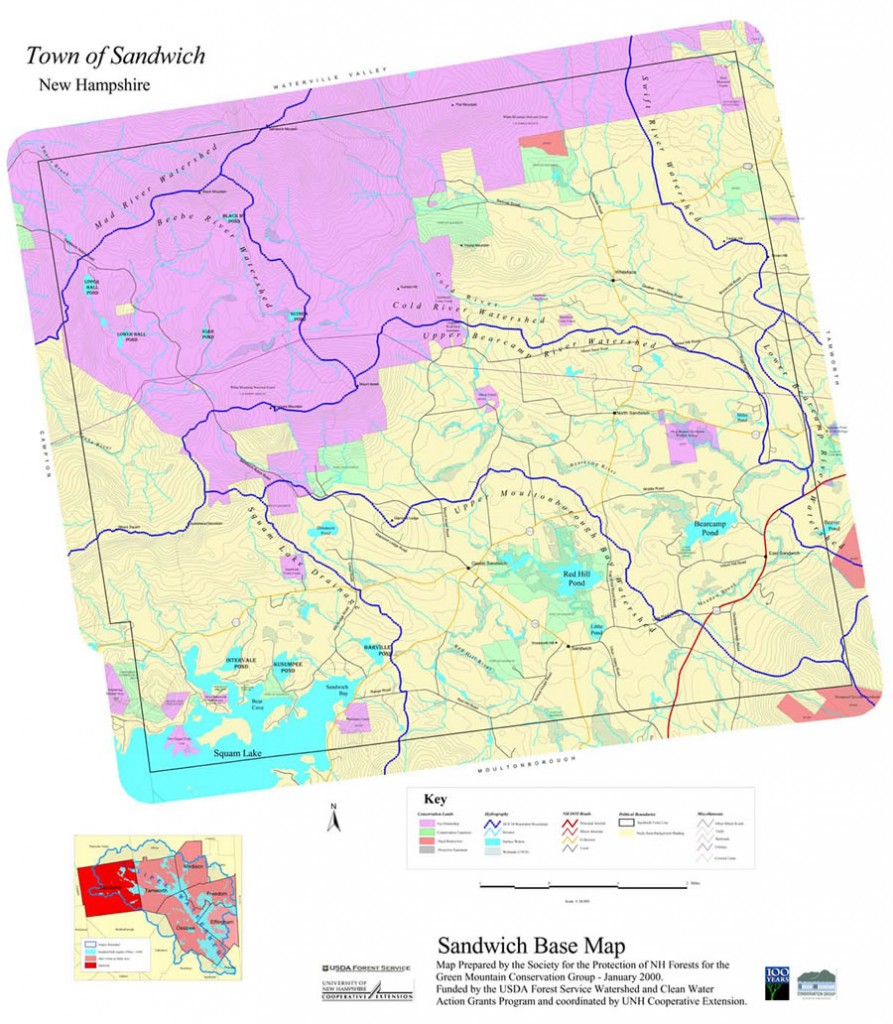 With the help of a volunteer from Chocorua Lake Association, a flyer was also created that explained how the maps were created and how to use them. This flyer also contains specific statistics for each town. A full set of maps and flyers are available at each of the six town halls in the watershed.

For more information on how your town can conduct an NRI:

Society for the Protection of the New Hampshire Forests