The Less Plastic Guide takes an interdisciplinary approach, incorporating science, culture, art, engineering and mathematics. The incorporation of diverse teaching techniques within the lessons also makes the material more accessible to a variety of learning abilities. As part of their discovery process, students will explore a research question, conduct investigations, collect evidence, use the evidence to describe their findings, and communicate their findings to an audience.

In an effort to reduce our plastic waste and educate the public about plastic alternatives, GMCG with inspiration and partners has adopted a Less Plastics Initiative:

2016: The first Less Plastic Day was December 19, 2016 when GMCG partnered with friends in Venice, Italy, via More Clay Less Plastic. For that event, the movie “Bag It” was shown at Kingswood Regional High School in Wolfeboro in partnership with GALA (Global Action Local Awareness), an organization founded by former student Josh Arnold. Following the movie, there was a discussion led by Josh about ideas for how people can lower their plastic consumption. This was followed by a live Skype meeting with our friends in Italy about what they are doing to lower their use of plastics.

2017: In 2017 students at Kingswood approached the school board to ask if they could start to lower their use of plastics by using washable trays at lunch.  They were told “yes” but they had to raise money to purchase the trays. At the Less Plastic Day event on Dec. 19th, 2017 and the screening of the new movie STRAWS,  the students were able to raise enough funds to purchase the trays for the lunchroom.

2018: At the March 2018 GMCG Annual Mtg. students representing Kingswood were in attendance and honored for their work to lessen plastic use in their high school. They were awarded the annual Highwatch Award, an award GMCG bestows upon those in the watershed for acts of service or spearheading positive change.  A map of the watershed was given to the students of Kingswood to hang in their cafeteria and to be inspired that each student can make a difference and see how they are all interconnected and that our water resources know no political boundaries.

2019: GMCG hosted a food drive for local students as part of the End 68 Hours of Hunger program. To incorporate less plastics, all food was delivered in hand-made up-cycled t-shirt bags. T-shirt bag making was also brought to our booth at the North Conway Funergy Festival, and our own Earth Day Celebration.

Less Plastic Initiative in local schools: GMCG brings presentations and discussions around plastics and their alternatives to local schools such Kennett High School in Conway and Kingswood Regional High School in Wolfeboro. Students also may participate in activities to create their own plastic alternatives such as bioplastics made from milk and vinegar.

Less Plastic Challenge: In April of 2019, GMCG hosted a Less Plastic Challenge for local Carroll County students in NH and Oxford County students in ME to prototype an alternative and creative use for plastic pellet or feed bags, commonly used in this area. We received over 15 entries and GMCG staff and volunteers voted on the winners, which were announced at our April 20th Earth Day Celebration. 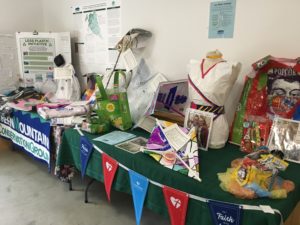 The winning entries were:

1st: Sleeping bag for the homeless

Thank you to all of the students at Sacopee Valley Middle School in Maine, and Kingswood Youth Center & Freedom Elementary School in New Hampshire, who created such imaginative projects to up-cycle plastic feed and pellet bags! Thank you especially to Karen Payne from Kingswood Regional High School for this wonderful idea to get kids thinking about single-use plastic and our “trash” in a different way!

2020-2023: GMCG has been awarded two grants by the Dorr Foundation and NH Moose Plate Conservation Grant Fund to support their Less Plastic Initiative in 2021-2023. Over the next year, GMCG will research and compile a guide on plastic education including lesson plans and projects for grades K-12 to be used by educators. This guide will be in a variety of formats including online content to be available to all schooling styles due to the COVID-19 pandemic. To launch the project, GMCG will be holding its 5th Less Plastic Day on December 18th 2020 with local schools, homeschoolers and those participating in remote learning. This virtual Less Plastic Day will provide engaging activities, science experiments, crafts, films, discussions, book readings and more, all available on GMCG’s YouTube channel and website. The Less Plastic Initiative Guide will build upon these programs, lesson plans and corresponding videos which will be aligned with the Next Generation Science Standards (NGSS). 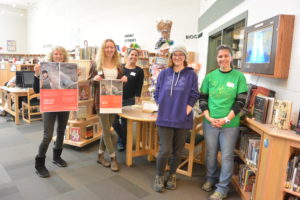 GMCG will also begin research on microplastics in the Ossipee Watershed, after the discovery of microplastics in Ossipee Lake in the summer of 2019 while sampling for cyanobacteria.  Microplastics are more commonly associated with ocean ecosystems, so GMCG’s research will help to fill in a gap in understanding of microplastics in freshwater systems. While it’s still unclear what effect plastic consumption has on humans, there is concern that microplastics contain and transmit toxic chemicals upon ingestion, according to Dr. Ramakrishnan Nara. A study from the University of Newcastle in Australia suggests that, on average, people consume five grams of plastic each week, or a credit card’s worth of plastic. Students and the general public will also learn about GMCG’s research efforts on microplastics using state of the art technology to sample lake water, plankton, groundwater and soils.

The future: If you are interested in partnering with GMCG on this initiative or to set up a program in your school, contact Tara Schroeder, Education Coordinator: education@gmcg.org

To learn more, check out our poster, resource sheet, and Kahoot quiz. 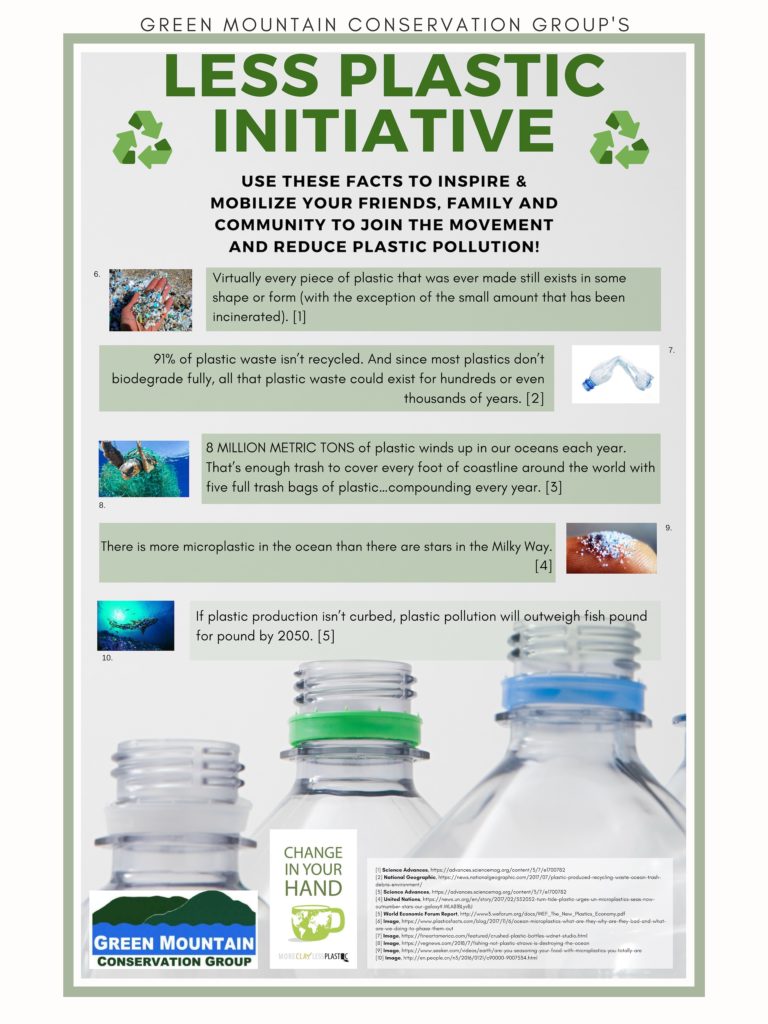